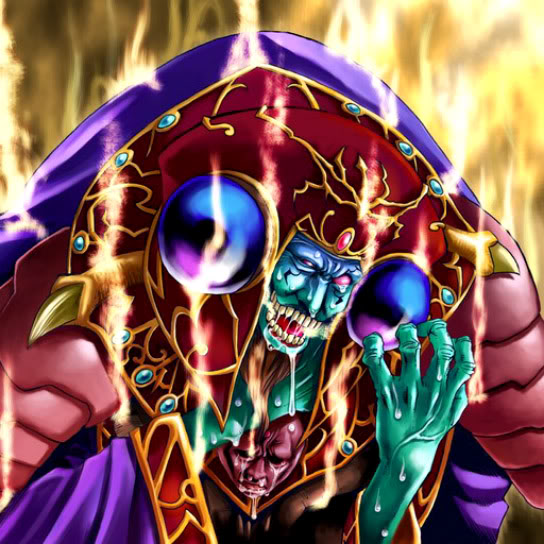 Does This Card Target: No

Card Text: Activate by paying 1000 Life Points. The effects of all face-up monsters on the field are negated while those monsters are face-up on the field (but their effects can still be activated).

*Monsters must be face-up on the field for their effects to be negated.

*Props to Konami to retype Skill Drain's text; The effects will still activate and resolve in a chain even if it is negated. Only the resolving effect will be negated.

*If a monster effect activate, if it has a cost, it must pay it.

*The effect of Skill Drain does not activate.

*If Skill Drain is activated before Jinzo or Wildheart is on the field, the Jinzo and Wildheart's effects are negated and vice versa.

Getting around Skill Drain.

* Keep in mind of what the card must be in order to have it's effect negated; the card must be a monster, face-up, and on the field.
- A monster card can be treated as another card type if it is in the Spell/Trap Zone(ex. Dragunity Phalanx equipped to a Dragunity, Inzektor Hornet equipped to another Inzektor, Crystal Beasts in the Spell/Trap Zone, etc.)

*Since effects will still activate regardless if Skill Drain is up, costs for the effect will still need to be paid, so take advantage of card costs like Genex Undine, Card Trooper, and  other monsters who's activation cost can benefit you without the effect.

*While Skill Drain is on the field, you can chain Book of Moon to the monster activating its effect in order for it to be unaffected by skill drain and get it's effect.

*Use monsters who can tribute themselves as costs to get thier effects, since by the time they activate their effect(s), they will be in the grave instead of the field(ex. Lonefire Blossom, Exiled Forces, etc.)

Utilizing Skill Drain to your advantage.

*Use monsters like Beast King Barbaros to make them lose their debuff effects and if Skill Drain is destroyed later in the turn, the effect is no longer applied.

*Run this in Normal/ Gemini Decks

If you have any questions or concerns or if i have missed anything is this post, please reply and I will attend to it as soon as I can.